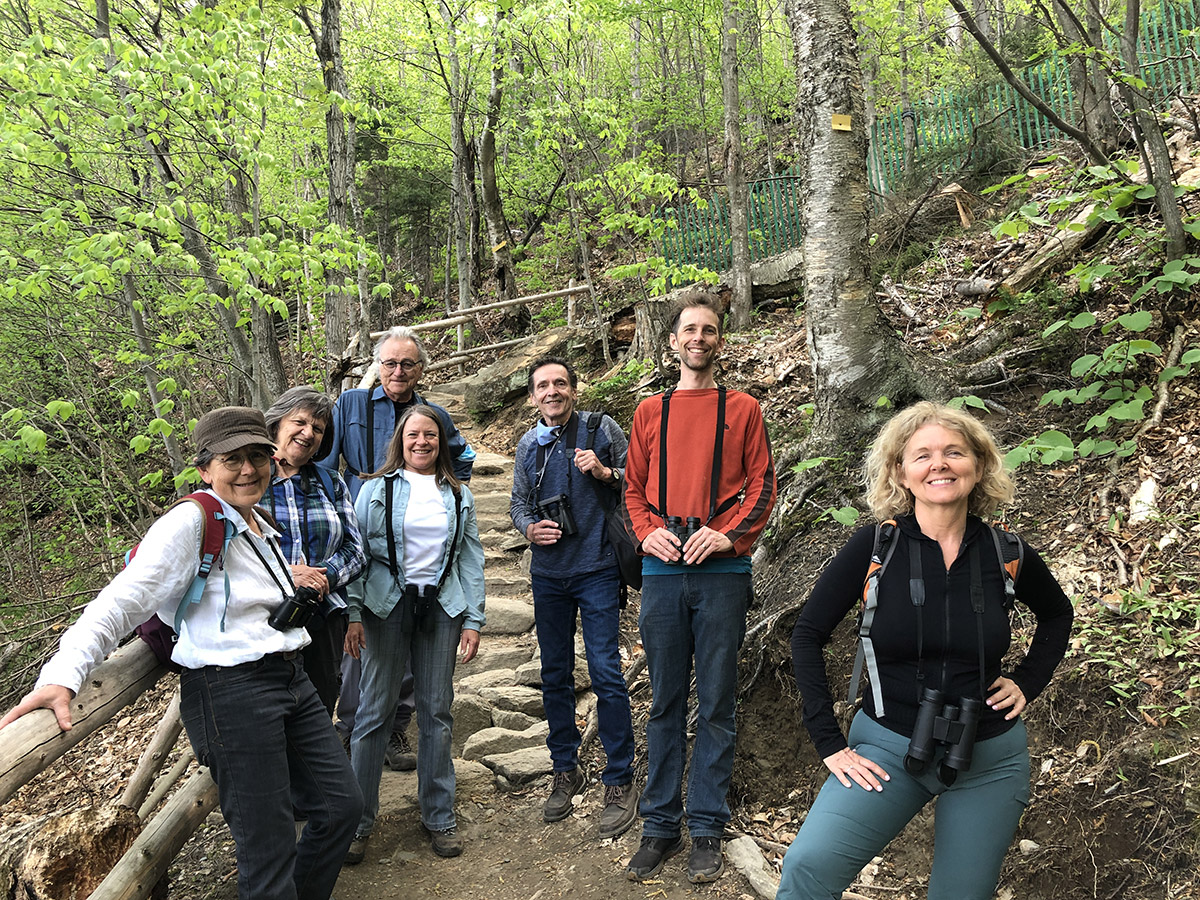 Posted at 02:32h in Uncategorized by sbt 0 Comments
0 Likes

Today was a warm spring morning that felt much more like summer.  It was 20 degrees at 7am!  At the base of the mountain the leaves are almost fully out, but as we hiked up the mountain the leaves were smaller, providing less cover and more visibility for us birders. We were a fun group that was very positive and i think there was some good learning moments. We focussed on the song of the black-throated green warbler.  By the end of the hike everyone knew its call and we all sang it together “zee zee zee zoo zee”. Almost everyone knows the call of the oven bird too and we worked at recognizing the red-eyed vireo.  At one point we heard a big tree crashing down in the forest which was just cool to hear.  We heard re-eyed vireos throughout the hike and actually spotted one at the top of a tree. We got a quick but good view of the black-throated blue warbler and the black-throated green warbler. We had a little show from a pair of yellow bellied sapsuckers who followed each other around and up a tree next to us on the trail.

Altogether we heard or saw 15 species that we were able to identify: