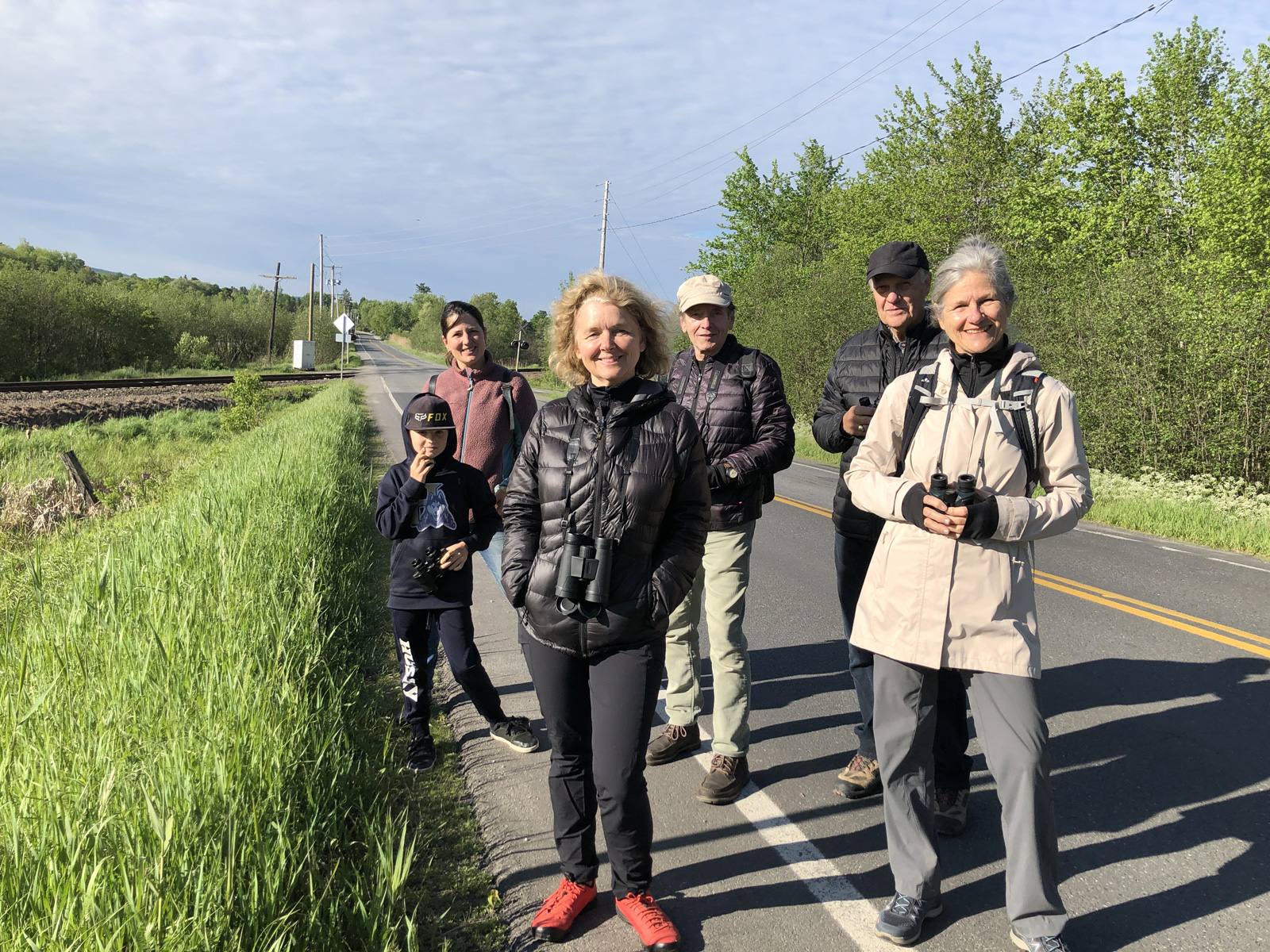 Posted at 22:23h in Uncategorized by sbt 0 Comments
0 Likes

We had a pleasant walk around the village on a rather cool morning. It was about 8 degrees and the leaves are fully out, making it a bit harder to view the birds than earlier in the spring. I guess the spring honeymoon is over. Despite this we were still able to identify 30 species from bird song, a good visual identification or both.  It was nice having a younger birder in our group! I enjoy helping to get young people excited about the diversity and wonder of nature.

At one point I had  hunch that there might be some birds in the little patch of grass, reeds and bushes just north of the train track on Pleasant street. As if pre-arranged,  a Common Yellowthroat perched for all to see at the top of a bush.  We also had a fly-over of the American Bittern and and Turkey Vulture.  It seems that the Northern Waterthrushes have moved on from the area between the park and the bike path, I guess they were just passing through because they are no longer present.  We also had a great views of the Shestnut-Sided Warbler, Easter Kingbird and Grey Catbird. We were able t listen to a hermit thrush and Veery but did not see them. The bird song that we concentrated on learning this week was the Alder Flycatcher.

Here is our list of 30 birds. The last one added was the White-Breasted Nuthatch which we heard at the base of the Village-Mountain trail after some participants had split off from the rest of the group at the end of our activity.