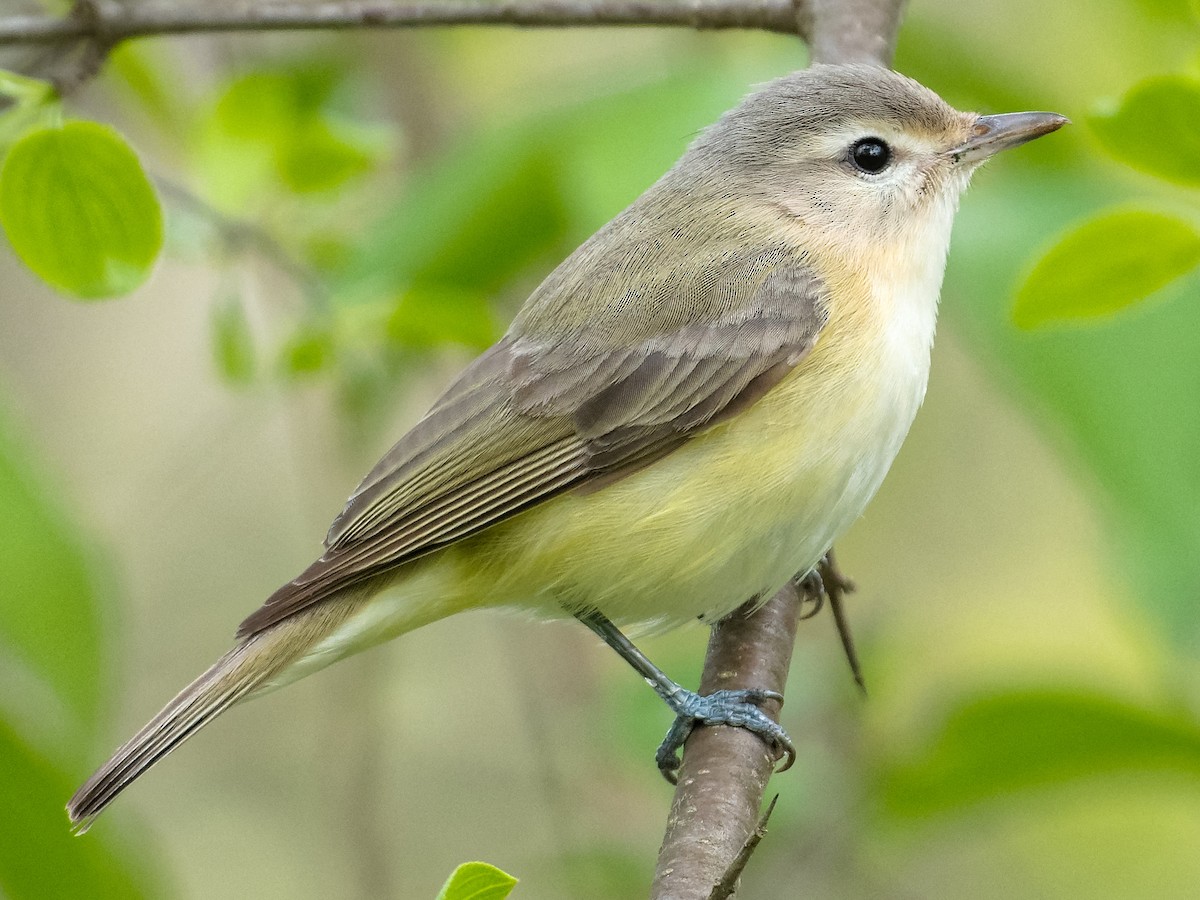 Wow!  All I can say is “wow”.  30 species in one morning? Including a warbling vireo – a species I have never seen before!  So a great morning for birding in what is probably the best week of the year for birding since the warblers are back and the leaves are not out yet to hide them.

Our group of twelve started out with three extra people who were not signed up, which could have been a problem because the maximum of twelve people had reserved. But it all worked out as another three people did not show up, so we ended up having twelve participants anyway which is the maximum allowed given the Covid restrictions.

Here is our list of species observed this morning:

It was the first of the season for the yellow warbler and the black and white warbler.  A super-rare northern waterthrush and rare warbling vireo too. We got a really good view of the hermit thrush, song sparrow and a female common merganser. The female common merganser flew low overhead  as we were on the bike path near the park.  The Blackburnian warbler was close on at least two occasions on the forest trail but we never saw it.

Our route was to start at the curling club, do a loop to the bike path along the southern edges of the Goyette-Hill park then along Academy to the village-mountain trail which we hiked up to Poissant and back.

Thank you Jacques for your help and expertise!

Next week we meet at Hotel Horizon. I can’t wait!