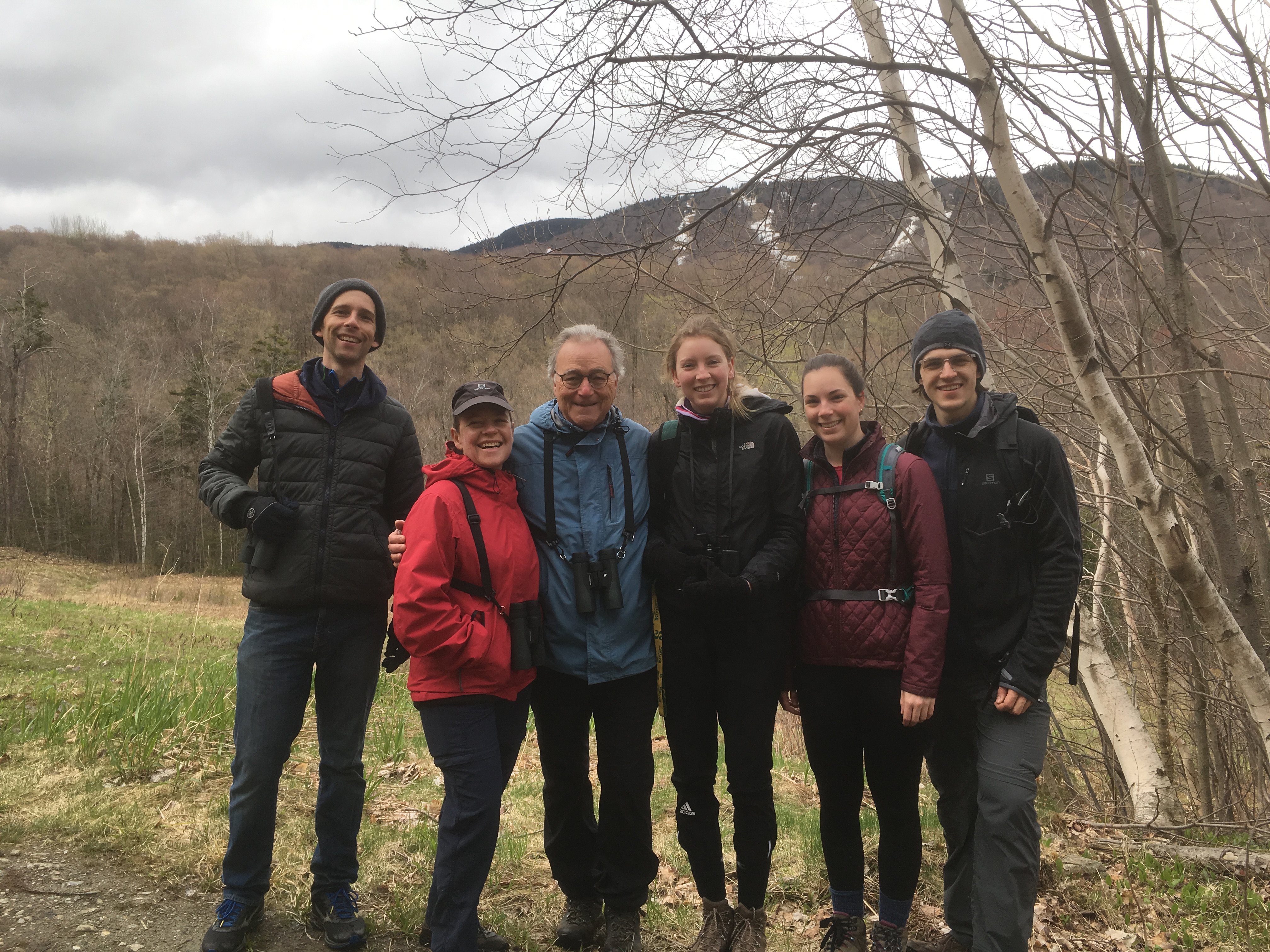 We were a group of seven.

It was only 4 degrees, but a nice day with not much wind and sunny breaks.  When the sun shone, we noticed that the birds sang more.

Since the leaves are not out it was easy to spot birds.  The oven bird which is often easy to hear but difficult to see perched on a branch and sang.  We observed him for about 10 minutes and when we moved on, he still had not moved!  We saw some other warblers that are back including the black and white and we heard the black throated green but did not see it.  We saw a hermit thrush but did not hear it sing. Too cold, I guess?  The song of a brown creeper was intriguing me.  I did not recognize the song, but we eventually saw the bird. Now I will make it a point to remember its song!

Next week May 18 we are meeting at the lower parking lot of hotel Horizon at 7am.  I’m expecting a lot of birds! Let’s hope for nice weather. 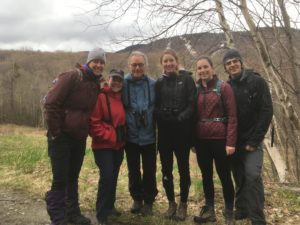 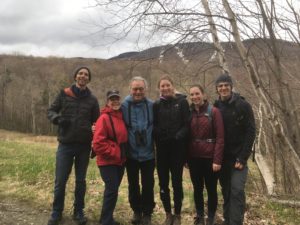 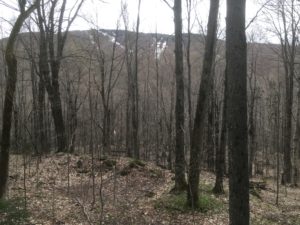 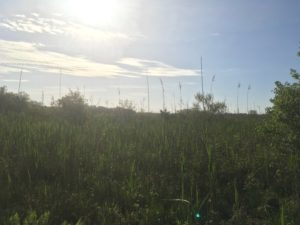